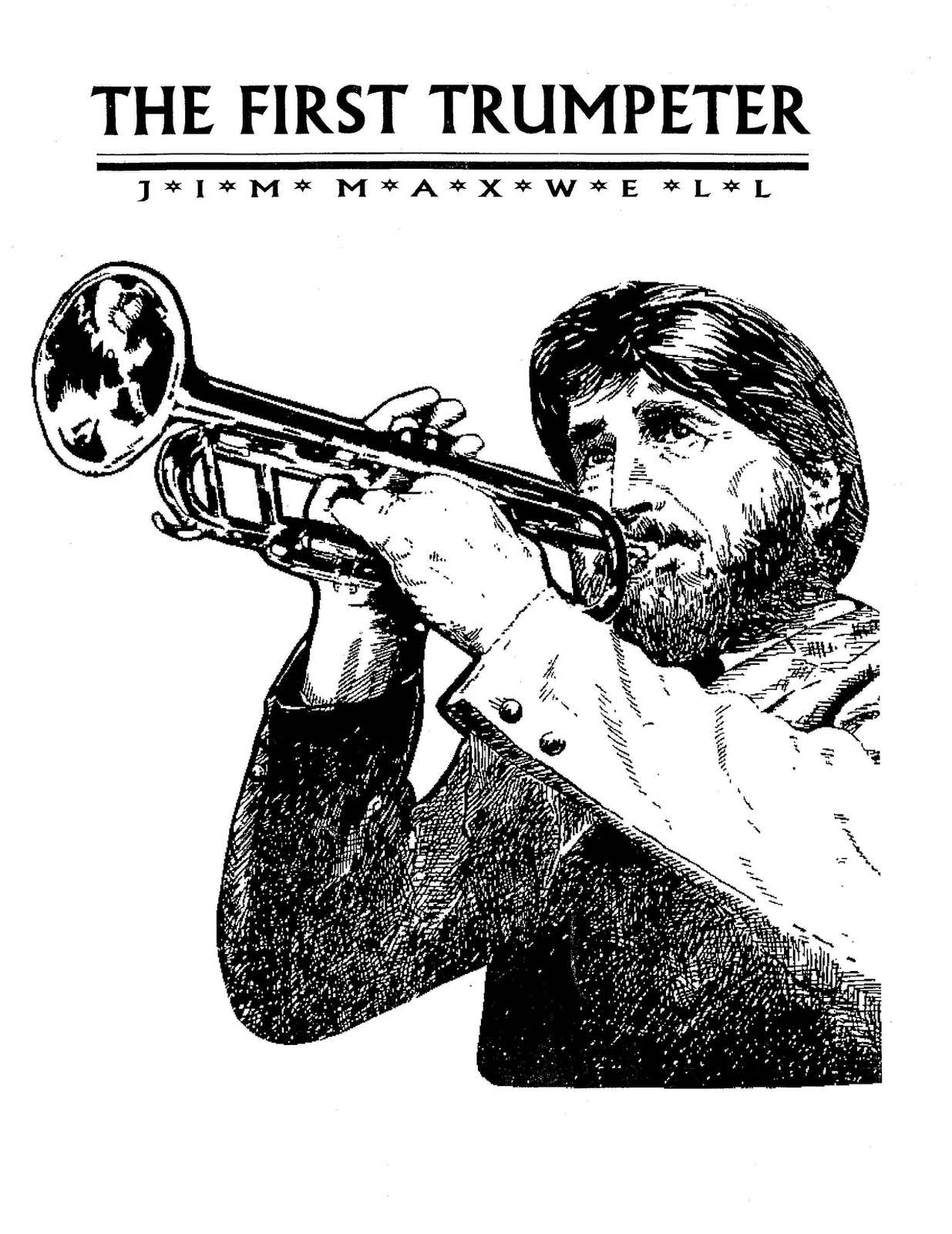 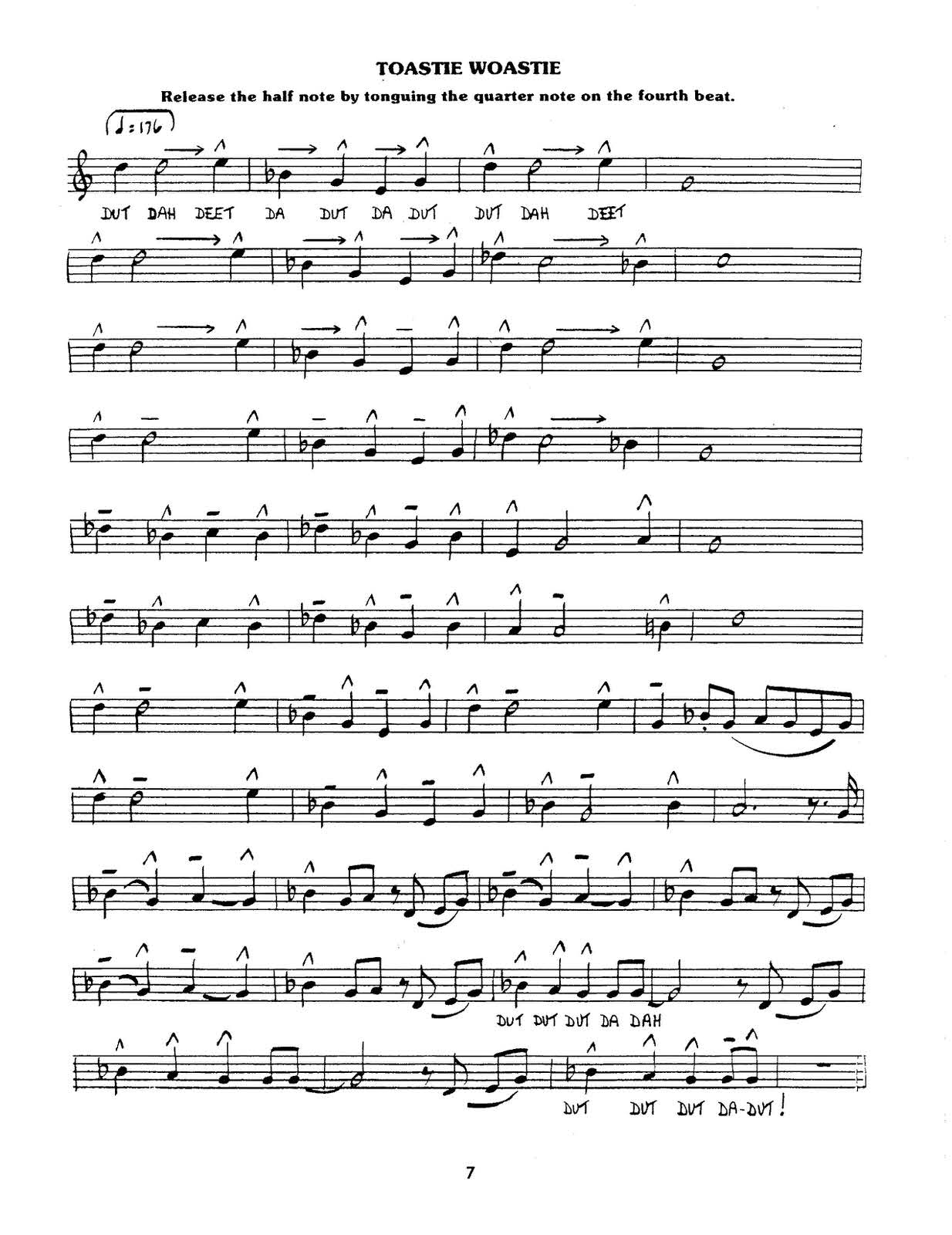 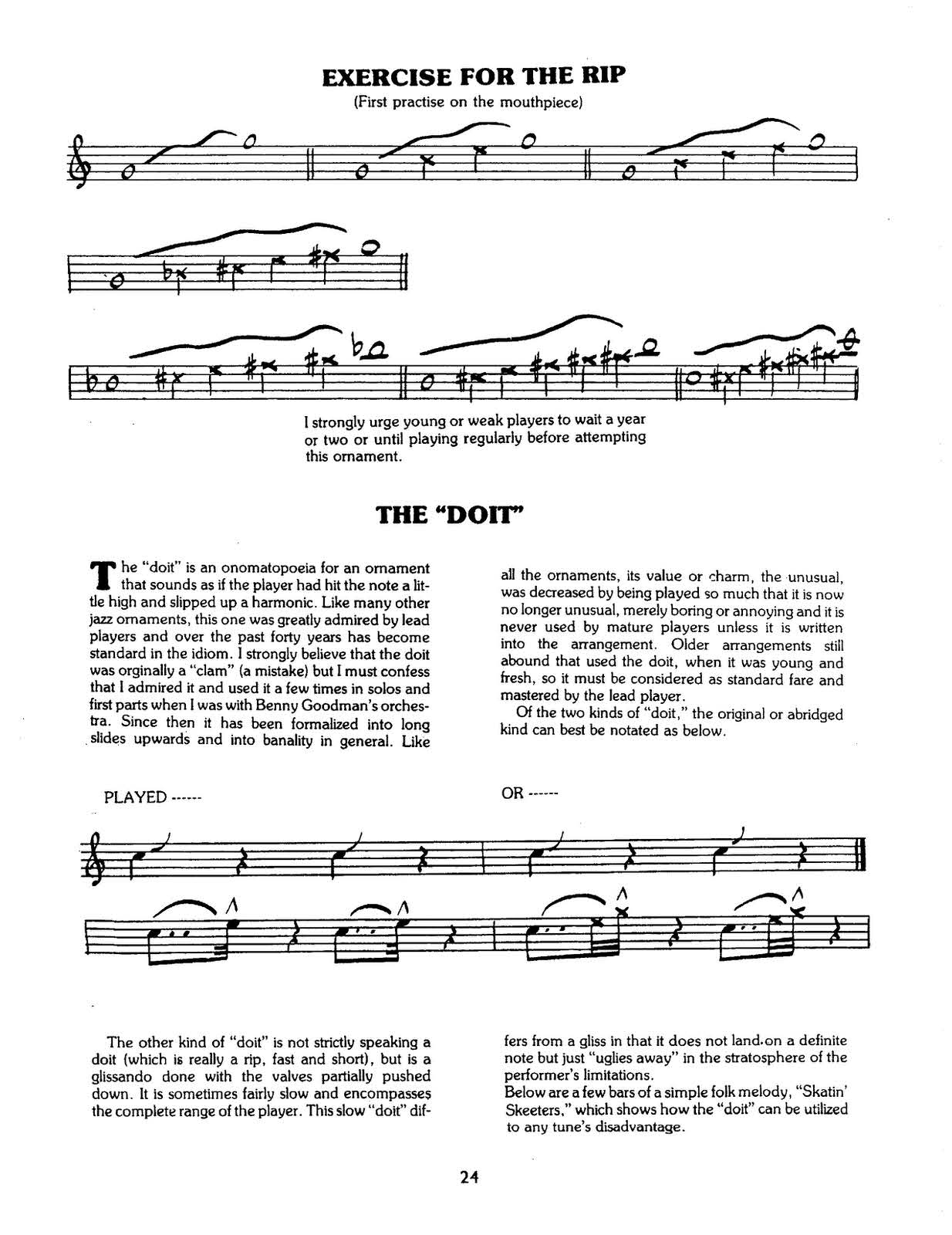 A particular problem for anyone who has had good instruction on the instrument, has listened extensively, and is secure in the knowledge that he or she is the best trumpeter in the field potentially if not actually.

Nevertheless, many directors of school orchestras and leaders of popular working orchestras have stated that they have less trouble filling the “jazz chairs” than they do finding young players, or older players, who can do an adequate job playing first trumpet, within the “idiom” or style of the composition without time consuming, and often frustrating, coaching. Indeed, in my teaching, more than half of my students have asked that I devote a good proportion of the lesson time to coaching and instruction in this simple yet intimidating skill.

In my instruction I have used and demonstrated most of the material in this book. Many problems that could be cleared up bv demonstration however, have required that I write additional material, some of which I have tested with obliging pupils or friends and some of which will remain untested until after publication. Suggestions and comments, friendly or otherwise, can be sent to me in care of the publisher and will be appreciated and noted for future editions. And now. a word or two perhaps, about myself, setting forth my background and qualifications as modestly as possible without subtracting confidence from the esteem that led the student or the curious, to this book.

I began working in 1932 as a jazz trumpet player in a small group, my early training having been a sketchy trip through Arban’s, playing in family get- togethers and a great deal of listenitIg to the radio. The family record collection was too limited to be broad and consisted mostly of Caruso, Galli-Curci, Sousa and Fritz Kreisler records.

When I began to play in larger groups, it was as second trumpet which was known as “the jazz chair.” I had the opportunity, however, of working with many fine first trumpeters before the responsibilities of this position ended my care-free second trumpet years. In 1939, I joined Benny Goodman and inherited Harry James’ first book. I had no less an authoritv to teach me the “swing style” than Benny Good;’an himself. The training lasted four years and every rehearsal was a lesson. I shall always be grateful to him.

In 1940, I began studying with Benny Baker. who had just retired from the first chair of Maestro Toscanini’s N.B.C. Orchestra. I studied with Mr. Baker for ten years. My earlier studies with Herbert L. Clarke, in 1936 and ’37 emphasized band playing and cornet soloing; my lessons with Lloyd Reese in the 1930’s leaned heavily to harmony and jazz playing. Both were complemented by the valuable ·training that I received from Benny Baker. Because of Mr. Baker’s training, I was able to playa season with the N. B. C. Symphony and for five years as principal trumpet with the Great Neck Symphony. Since 1943, 1have played first trumpet for the three major networks, A.B.C., N.B.C., and C.B.S., and all of the major record companies.

I took an occasional leave of absence from the studio world to play first trumpet with the orchestras of Duke Ellington, Quincy Jones, Gerry Mulligan, Oliver Nelson, Lionel Hampton and others. In recent years, I have spent more of my time on jazz and teaching, privately, for New York University and L.l. University in Brooklyn. However, I still work as a first trumpet player from time to time with The National Jazz Ensemble, The New York Jazz Repertory Or-chestra, The Newport Jazz Festival, and the Smithsonian Institution’s Repertory Orchestra. I have played several Broadway shows for theaters and in 1979, I played first trumpet for “Sugar Babies” on Broadway, leaving the show in April, 1980, to qo to Monte Carlo. Monaco. for four months. While in Monte Carlo, I played first trumpet for the taping of the Monte Carlo Show, for the Galas in the Casino and with Sy Oliver’s Orchestra.

I hope that my experience will come through to you in this book, and that you will find it an aid to your fulfillment.