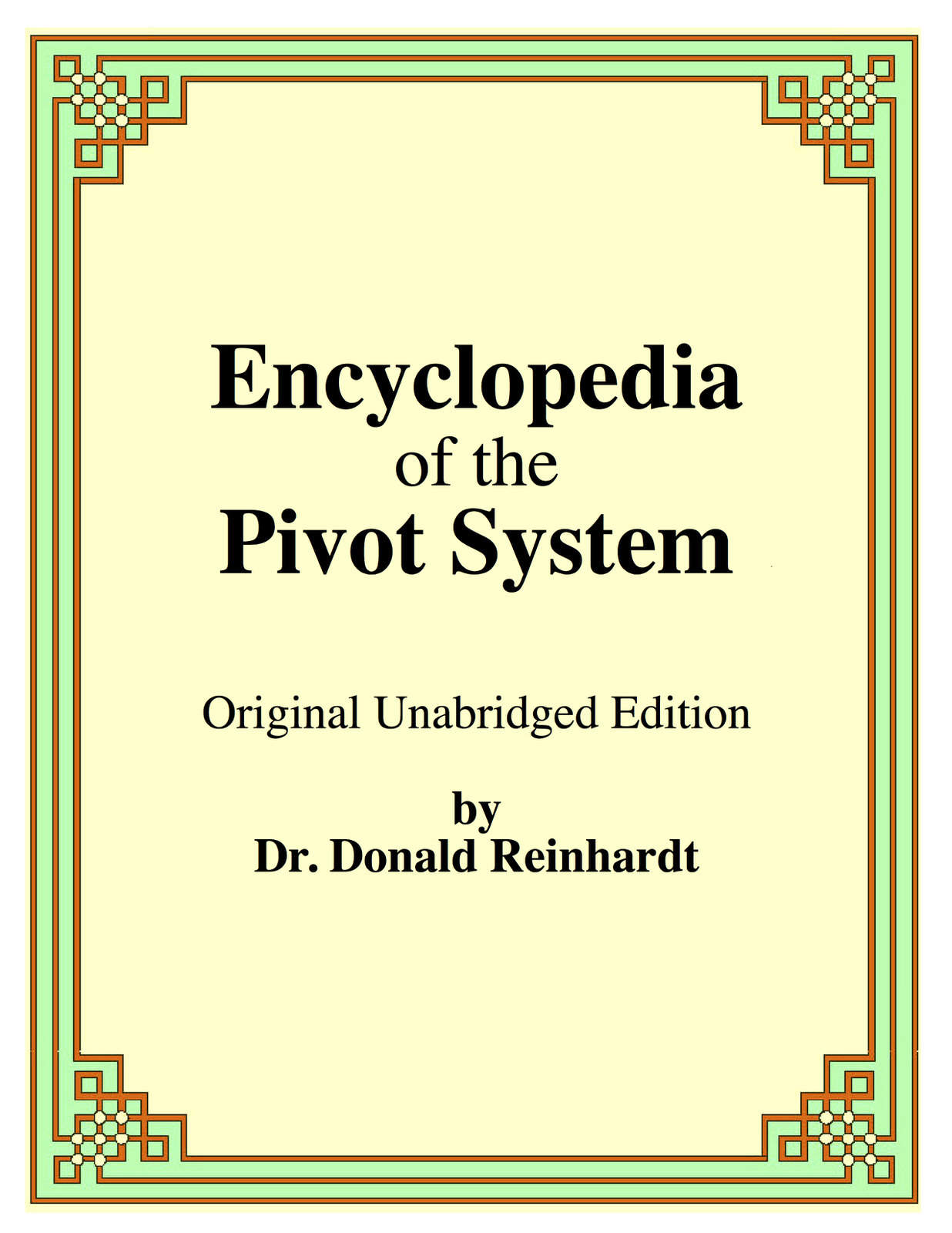 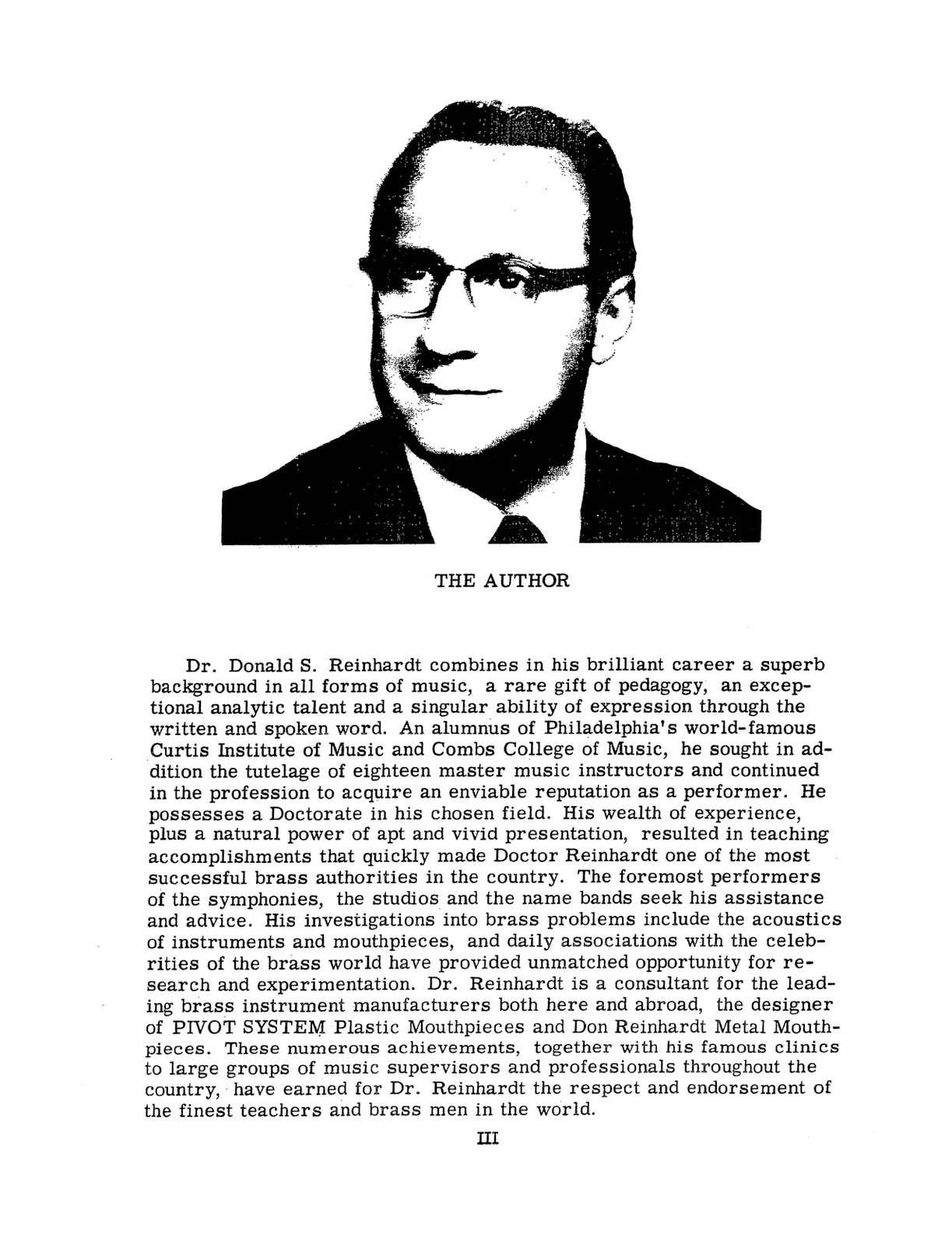 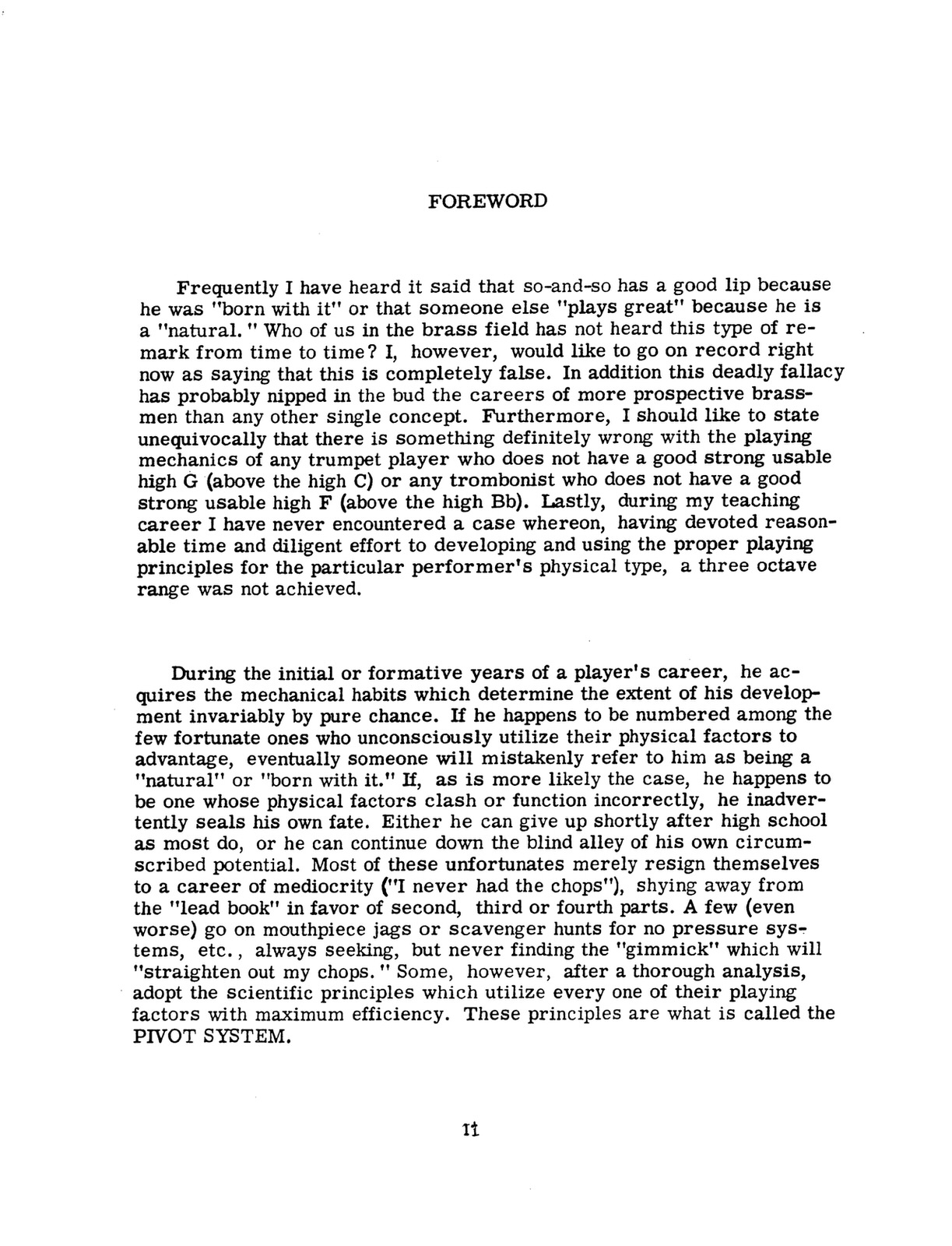 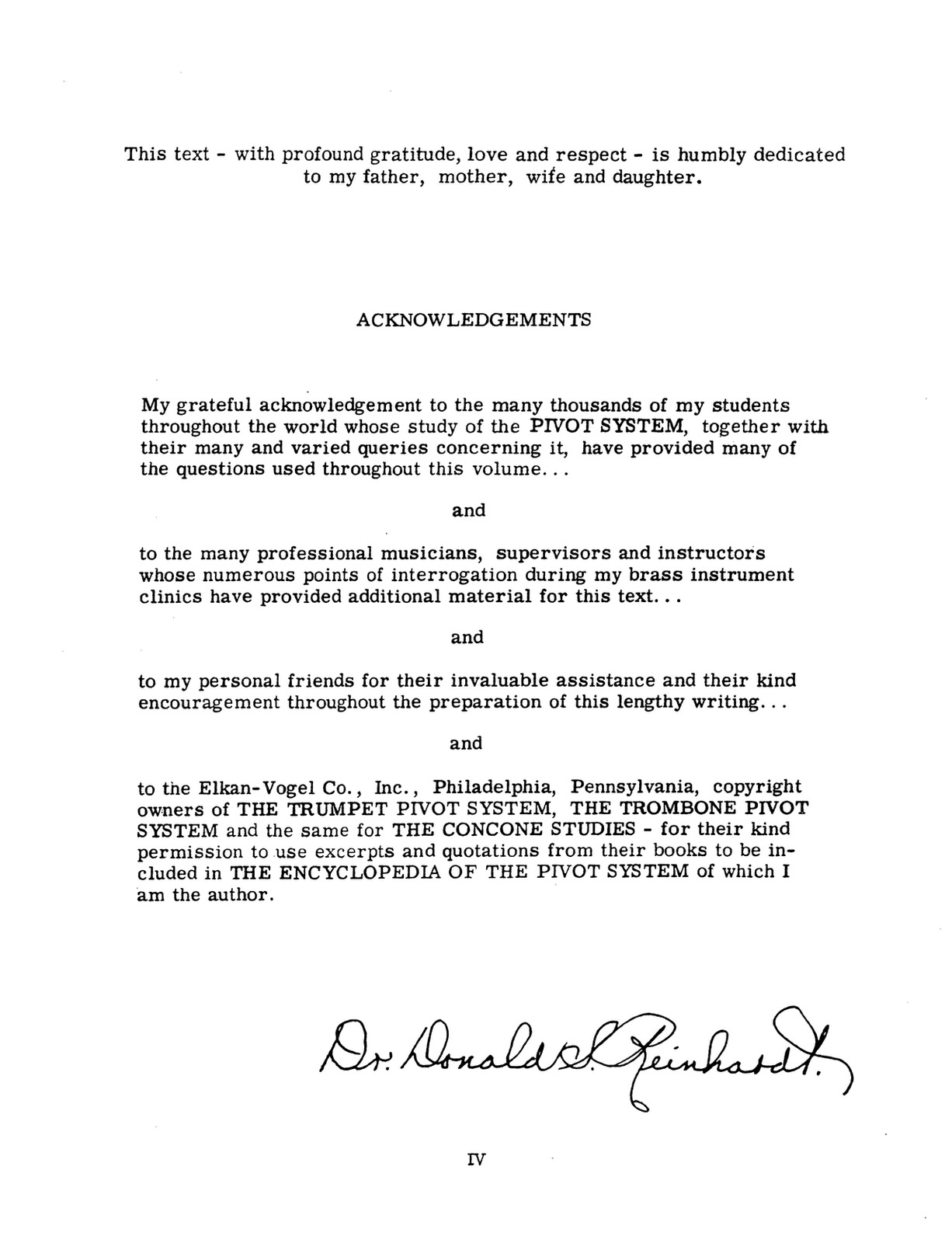 Reinhardt’s Encyclopedia of the Pivot System

I simply can’t say it better than the Doc himself. Read what he says about the Pivot System, then grab some samples, then a physical book shipped right to your home above.

During the initial or formative years of a player’s career, he acquires the mechanical habits which determine the extent of his development invariably by pure chance. If he happens to be numbered among the few fortunate ones who unconsciously utilize their physical factors to advantage, eventually someone will mistakenly refer to him as being a “natural” or “born with it.” If, as is more likely the case, he happens to be one whose physical factors clash or function incorrectly, he inadvertently seals his own fate. Either he can give up shortly after high school as most do, or he can continue down the blind alley of his own circumscribed potential. Most of these unfortunates merely resign themselves to a career of mediocrity (“I never had the chops”), shying away (rom the “lead book” in favor of second, third or fourth parts. A few (even worse) go on mouthpiece jags or scavenger hunts for no pressure systems, etc. , always seeking, but never finding the “gimmick” which will “straighten out my chops.” Some, however, after a thorough analysis, adopt the scientific principles which utilize every one of their playing factors with maximum efficiency. These principles are what is called the PIVOT SYSTEM. – Doc Reinhardt